I was born in 2000 in Kinkala, Republic of the Congo. I was 14 when I met AIS in 2015. I was an orphan and lived with my grand-mother. I didn’t go to school anymore. I began to come to AIS regularly, and after seven months I could start a professional training in mechanics. I graduated in 2018! I’m very proud to have a real job and thanks AIS for all the work they do to help girls like me.

Thanks to the various mediations conducted by AIS social workers, I was able to reconcile with my father who had abandoned me since birth. Having learnt that I had become a seamstress, he offered me an electric sewing machine. If AIS did not exist, I would have stayed on the street prostituting myself. I will soon be making a donation to the center as a thank you!

I was born in 1999. I was 15 when I was found in the street by AIS. I was invited to come to AIS regularly, which I did. After 8 months, I began a welding training. But after 4 months, I was pregnant and had to stop my training until I gave birth. After a few months, I could get back to my training and finished it in 2019. Today, I’m very happy because I can take care of myself and my child!

This text has been inspired by Amy. 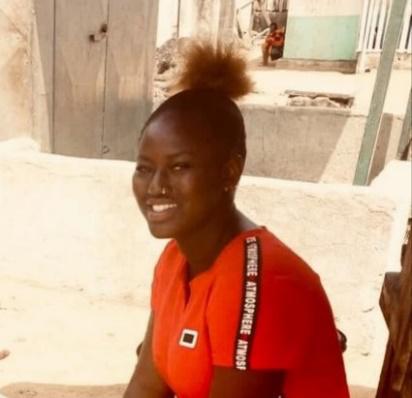 Even if words on this earth had never dared being professed, their eyes would be an eloquent and irrefutable witness of a story they call “my own”. Their eyes bear the honesty and passion of a fluent testimony on survival. Scars and bruises attest the truth of an arid pathway through which they have bravely marched, but the unmistakable gleam of hope valiantly claims their hearts burn in a flourishing flame of everlasting courage, authenticity and faith.
Hope. A word that empowers us to rise every morning. A motivational, and almost hypnotical, chant of encouragement. The sweet and intricate alchemy that runs through our veins, allowing us to not ever give up. We have consciously made a vow; we have chosen to believe. We have chosen to believe that our young deserve to dream as honestly, fluidly and wildly as they possibly can, honoring the passionate enthusiasm inherent to their very existence.
The majority of people access the hardships and brutality of the world today by watching the news on their screens or by trivially driving across town. We have had the great honor, yet burden, on the other hand, to behold these calamities through the very eyes of our beloved and innocent young girls. Their hunger for justice, though still unarticulated, is tremendously fervent, genuine and urgent.

Stories like Amy’s are an embrace of optimism and invigoration; the most sincere way to understand that the journey we are on is one of many hardships yet, enlaced by an untamable shed of luminous rays, attesting empirically, the certainty that lives have been effectively aided, secured and resurrected; Human Rights, previously wickedly usurped, are being fiercely and assertively reinsured.

Amy now believes she possesses the proper enabling tools to act proficiently on the edification of a future that abounds in everything her childhood sorrowfully lacked. Despite one’s tries, there is no identifiable hint of anger buried in the depths of her brightly keen glance. Instead, her eyes swim in an endless source of passionate and infinite potential, promising that the dreams we once feared to dream shall be the anthem of the nation in which we want to live.

Let us be the ones to show that we, as simple and humble civilians, abound in courage, love and hope; enough to shape this world into an exponentially better place for every single infant who dares to leave the maternal womb; assuring their futures to be one of bliss, equity and unity. Our voices shall echo resonating to every ear across every nation, hollering the paramount and unmistakable message that no matter how “fallen”, hurt and deprived an individual is or has been, they are, and will continue to be, until the day their heart falls silent, humans. Brave survivors who are breaking iron chains so tightly tied to anchors that would eagerly drag them to the bottom of the seas. They will soon be able to sail. Explore their infinite oceans and feel the sweet and unmistakable breeze of freedom blowing through the locks of their hair.